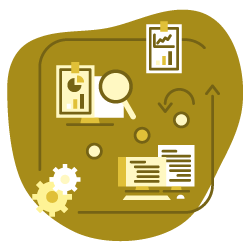 Give the power back to SEOs: Get your hands on the necessary tools and data

September 11, 2019 - 6  min reading time - by Rebecca Berbel
Accueil > SEO Thoughts > Get your hands on the right tools and data

Heads up: if you’re not on the path to a C-Suite position as an SEO, it’s because you’re not data-oriented. We’ve seen why and how SEOs are positioned to succeed in companies; now we’ll look at how to put yourself on the right track by getting your hands on the data–and what to do with it to draw decision-makers over to your side for SEO projects.

The trick behind a data-based strategy is that it requires data sources, and data processing power, whether in the form of tools, analysts, or both. SEOs sometimes have a hard time justifying the cost of data acquisition and analysis.

Let’s look at ways to get around those roadblocks as an SEO.

This article is the last of three articles discussing why we need to give the power back to SEOs, and how the strengths of a great SEO are central qualities for company success.

It wouldn’t make sense to invest in data if there was no indication of a return on that investment. In this case, though, SEO has been proven to be a highly effective inbound marketing strategy. This is true even though it can take longer than other marketing channels (such as paid search) to see results.

And Jumpshot’s recent (2018) analyses used by Rand Fishkin show that while the click distribution on Google’s search pages varies from country to country, organic results still pull approximately two-thirds of all clicks. This is far more than the 3-8% of clicks that go to paid results. And we’re talking about percentages of a huge amount of traffic. In the US alone, Google currently processes over 9.5 billion queries per month; 60.4% of that is something like 5.7 billion clicks. And this is only on Google; there’s another 30% of clicks in the search market that aren’t accounted for in these figures: Number of explicit core search queries powered by search engines in the United States as of April 2019 (in billions) — Statista.com

Dominance of Google as a source of traffic

A website used as part of a business plan or marketing strategy cannot afford to ignore Google. Understanding how Google sees your site–and therefore how to earn rankings that will then increase the visibility of (and traffic to) your site–is the first step to accessing a gargantuan market.

Not only does Google provide more traffic than any other single source, but it also dominates the search market. Let’s unpack that.

Cost of tools vs cost of manual analysis

Just as this argument in favor of SEO is more powerful with numbers to back it up, the arguments developed by SEOs are stronger when based on data. Data-based decision-making limits a project’s risk by offering realistic projections, costs, and gains.

SEO data tools make the work of an SEO much easier and more efficient. They simplify and improve on the following SEO processes:

Although the cost of a data platform is hard to justify as a project expense, it shouldn’t be. Imagine a website audit:

And so on, extending to even more complex tasks like identifying duplicate content, or trying to measure the connection between website depth and number of organic sessions.

When you compare the time you would spend compiling the data and analyzing it by hand, even expensive tools cost less than paying an SEO to pick over a site by hand.

The point of an SEO tool, on a business level, is not simply to make an SEO more efficient on a given project. The reason for a tool is to provide the ability to measure, arbitrate, and prioritize projects. With an SEO tool, it is possible to make predictions about the cost and the outcome of projects and to measure the expected and the attained ROI. To identify high return, use tools to help you look for:

Cost estimations will depend on many things, including:

How your company profits

By using data platforms to guide your SEO efforts and to measure their results, you can build an SEO strategy that is effective and efficient as an inbound marketing tool. Understanding how your company’s website functions, how Google sees it, and how to use these two elements to drive marketing and sales efforts are the best contributions an SEO can make.

Using data-based argumentation, SEOs can not only demonstrate the skills that make SEO a powerhouse for business development, but also show that they understand company risks and resources. Building low-risk project proposals, ensuring ROI, and communicating value through numbers all require SEOs to take a data-oriented approach–and demonstrate the value of SEO as a keystone piece in successful companies. 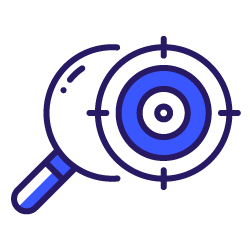 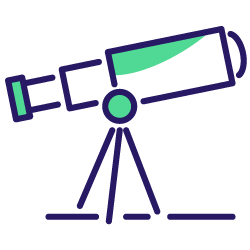 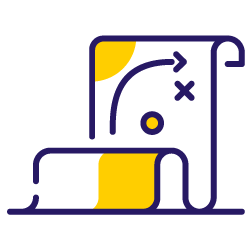 How to make your SEO strategy evolve (or not) 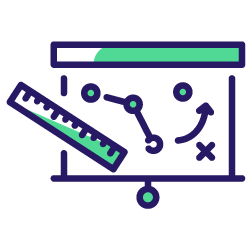 3 tips to prioritize your SEO actions 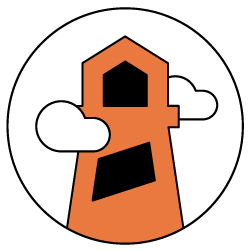 How to read a Lighthouse report 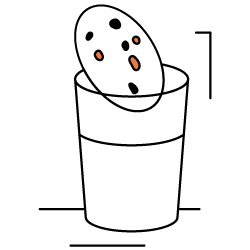 What are the new GDPR rules and solutions?