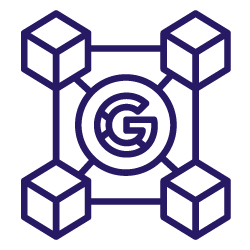 Every year Google releases multiple algorithm updates. They can produce major fluctuations in the SERPs and are rarely announced. According to John Mueller, the main updates are announced by Google so webmasters can prepare their websites: “Updates such as Page Speed or Mobile first index do make changes in the rankings and webmasters can optimize their websites to match our expectations. In that case, that is something which definitely makes sense to announce.”

However, he also recognizes that a major part of the updates are simply not announced: “The core ranking updates are things that happen all the time. I guess on a daily basis, more or less. For a large part, they are just small shifts that happen on search and we won’t announce it because it’s not that useful.”

Let us help you see things more clearly with this infographic of the 2018 Google Algorithm Updates.

Unconfirmed Update
February 20th
According to Moz, there was a spike in rankings volatility which quickly settled down, signalling a targeted algorithm update.

“Brackets” Core Update
March 9th
Fluctuations reached a level of 99 (out of 100) on desktop and 92 on mobile. Google confirmed this update as being related to its core algorithm.

Zero-result SERP Test
March 14th
Google started rolling out a test in a small set of Knowledge Cards by displaying zero organic results and a “Show all results” button. It was all over a week later.

Mobile-First Index Roll-Out
March 26th
Google announced that the mobile-first index was officially “rolling out” and that webmasters would begin to receive notifications within Google Search Console.

Broad Core Update
April 13th
This update lasted for 10 days and generated moderate increases in fluctuation levels. Google confirmed the update as a “broad core algorithm update” but remained quite about its exact nature.

Snippet Length Drop
May 13th
Earlier this year, Google had announced that the character limit of the displayed snippets would be 300+. The search engine finally rolled back most snippets to the former limit (150 – 160 characters) in May.

Unconfirmed Update
May 23th
Tools and webmasters detected heavy fluctuations in the rankings over a 3-day period.

Video Carrousels Update
June 14th
Google released its video carousel and moved all the videos which previously appeared in thumbnails in the organic results. This caused a shake-up and the number of SERPs with videos increased by 60% according to Moz.

Unconfirmed Update
July 21st
The SEO community detected heavy rankings fluctuations but Google did not confirm. MozCast recorded its highest temperature in 2018 at 114°.

Medic Update
August 1st
On August 1st, Google rolled out what has since been named Google’s Medic Update. It seemed to primarily affect sites in the health and wellness vertical.

Google Halloween Ranking Update – Unconfirmed
November 1st
This unconfirmed update started on Halloween night and generated high volatility during a week. According to Barry Schwartz, it could be a niche targeted update, impacting a specific tactic or vertical.

Julie Quintard See all their articles Become an OnCrawl author
Julie worked for many years as a Marketing Manager at Oncrawl. Passionate about the digital world and about marketing, she regularly wrote articles about SEO and Oncrawl news. You can reach her on Twitter.
Related subjects:
Article / Infographics