Inrank is Oncrawl’s metric that measures page popularity within a website.

Each page is assigned a rating from 0 to 10. Pages ranked as 10 receive the most popularity within the website, while pages with a rank of 0 receive the least.

Inrank is a key way to know if your linking strategy is capable of promoting the right pages, and whether Google will be able to recognize the relative importance of your money pages.

Inrank was one of the first metrics Oncrawl offered to help SEOs understand the difference between the number of internal links on one hand, and page importance, or popularity, on the other.

Another advantage of this method was to demonstrate the correlation between page importance in search rankings, and page depth. Page depth is how far, in number of clicks, a page is from the website’s main page.

Today, this correlation is evident, and has even been confirmed by Google:

What does matter for us a little bit is how easy it is to actually find the content. So especially if your homepage is generally the strongest page on your website, and from the homepage it takes multiple clicks to actually get to one of these stores, then that makes it a lot harder for us to understand that these stores are actually pretty important.

On the other hand, if it’s one click from the home page to one of these stores then that tells us that these stores are probably pretty relevant, and that probably we should be giving them a little bit of weight in the search results as well.

So it’s more a matter of how many links you have to click through to actually get to that content .

The web changes, Google’s algorithms change, and so do Oncrawl’s!

Oncrawl was the first technical SEO solution to develop an InRank score back in 2015. We ranked the pages in each crawl by according a 10 to the start URL, usually the home page, and then assigning values to the rest of the pages based on internal links and page depth.

Oncrawl’s new algorithm is based on PageRank. PageRank is the relative popularity of a page on a scale of 0-10. It was invented by Google and used explicitly across the web until 2016. On Google, PageRank factors continue to influence a page’s rank, though the page’s PageRank is no longer reported.

This change has several advantages for SEOs using Inrank score to help rank their website’s pages:

As a result, Inrank is much more reliable when used to predict ranking fluctuations on the SERPs when redistributing crawl budget or modifying site structure.

We all know that the actual PageRank algorithm used by Google today is not the exact one developed by Larry Page and Sergey Brin back in 1996. That’s why we’ve released an update, which takes into account feedback from the March update:

As a result of this update, notably only <a href> links are taken into account, and links from a page to itself no longer pass any Inrank value in the Oncrawl algorithm.

What does this change for Oncrawl users?

Oncrawl users will benefit automatically from the new Inrank algorithm for analyses run after the release.

This can mean that you might see unexpected movement in the Inrank for a page, for pages at a given page depth, or for a page group in the first analysis after the change. This may be particularly visible in Crawl over Crawl analyses comparing multiple crawls, in the Inrank flow diagram, or in the Average Inrank by depth diagram for page groups. Example of a website significantly affected by the 2020 March Inrank algorithm change. The second (new) image is more coherent with the webmaster’s intended site structure. 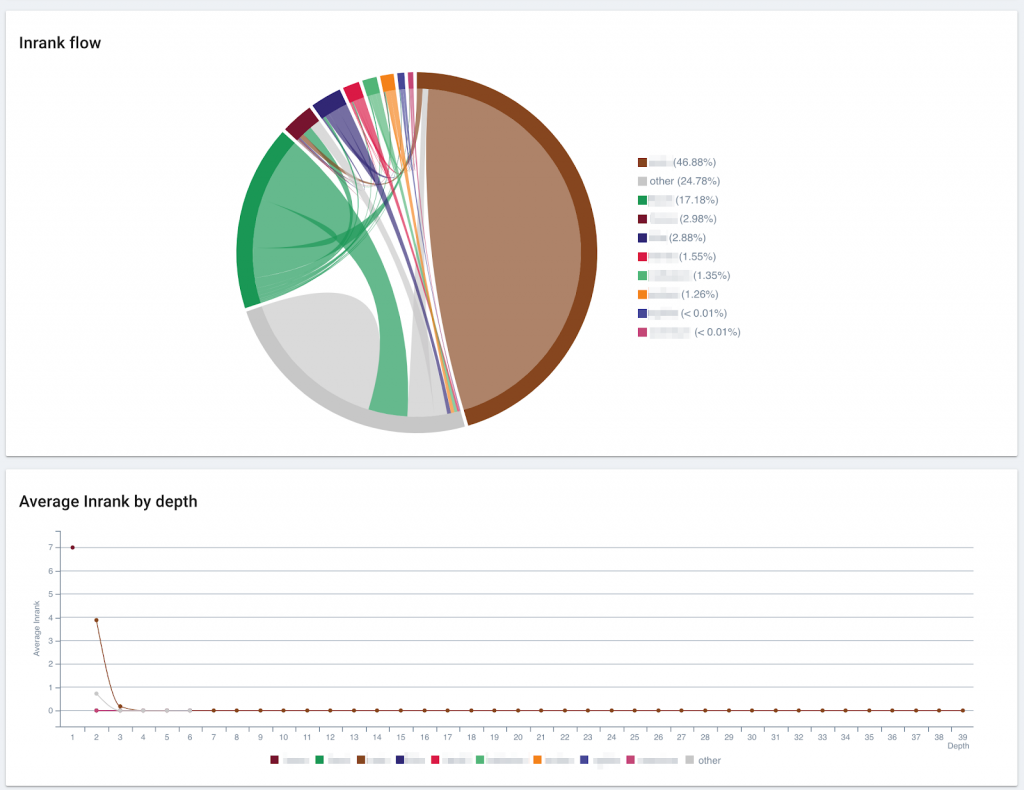 Example of a website minimally affected by the March 2020 Inrank algorithm change. Despite slight changes in the Inrank profiles of each page group, overall tendencies–and interactions between the groups–are unchanged.

You can find more detailed information on the Inrank calculation in the Oncrawl user help.

Rebecca Berbel See all their articles Become an OnCrawl author
Rebecca is the Product Marketing Manager at Oncrawl. Fascinated by NLP and machine models of language in particular, and by systems and how they work in general, Rebecca is never at a loss for technical SEO subjects to get excited about. She believes in evangelizing tech and using data to understand website performance on search engines. She regularly writes articles for the Oncrawl blog.
Related subjects:
Article / Technical SEO How to determine the most important pages to link? 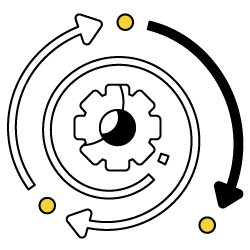