How to Become a Winner from Every Google Core Algorithm Update

In this case study, we will continue to look at Hangikredi.com which is one of the biggest financial and digital assets of Turkey. We will see technical SEO subheadings and some graphics.

This case study is presented in two articles. The first article handled the 12 March Google Core Update, which had a strong negative effect on the website, and what we did to counteract it.

This article looks deeper into how I applied learning from this update to become a winner from every Google Core Update.

What this case study covers

In 5 months, which included one negative and two positive Google Core Algorithm Updates for us, our metrics increased by the percentages below:

As you can see from the chart above and from the 12 March Core Update part of the report, we lost a significant part of our main traffic and keywords. The velocity of the ranking change was high and its effect was sharp. You also can see that next recovery had started in June, thanks to June 5 Core Algorithm Update.

A Google Core Update includes lots of baby algorithms, as described by Glenn Gabe, and it can have a massive effect on the traffic of your website. For an SEO, there are two questions here for being prepared for a Google Core Update:

For that, you need to interpret every minor Google update correctly and examine the results and SERP changes for yourself and also for your competitors.

If done successfully, your website will be positively impacted by the Google Core Update, which will combine data collected from the baby algorithms. According to Google’s official statement, there is nothing to be done for sites that are adversely affected by Core Algorithm Updates, but this is unconvincing for a creative and research-driven technical analyst.

If you are being affected negatively by a Google Core Update, you should check every front-end and back-end technology differences as well as content differences with your competitors.

As you know, Google always tries to call attention to content structure and quality.

For Content, you may want to consider some important elements below:

But, sometimes content is not the issue. We should take a holistic approach to SEO:

For front-end, you may want to consider some important elements below:

Technical SEO is one of the growing SEO fields today. It involves finding SEO solutions based on the how and why of how search engines–and websites–work. This ebook is everything you’ve always wanted to share with your clients, your friends, and your marketing teammates.

For back-end, you may want to consider some important elements below:

For Crawl Budget, you may want to consider some important elements below:

I will look at selections from these four main categories and their elements to provide a better understanding of Google Core Updates’ effects on web sites. I’ll discuss some causes and show the main angles for solutions.

What Are The Secrets For Winning Google Core Algorithm Updates and What Results Did We Get for Our Web Site?

Here is the overall traffic and search performance report for 5 months, with 1 negative and 2 positive Google Core Algorithm Updates: We will examine four milestones in this case study, which correspond with each of the Core Updates during this 5-month period.

We will give more information about the effects of these milestones and the actions we took to correct them, and will provide graphics of the results.. Technical SEO issues, their importance and solutions will be our helpful guide in this examination.

What can we do when we fall from the SERP and how can we succeed to rise again with better metrics in SEO?

What happened on 12 March?

The Damage Report for firm’s web site after 12 March Core Algorithm Update is below:

To respond to these losses, I looked at different technical SEO problems and solutions:

In the previous article, I explored the details of the technical problems and their solutions.

After 12 March: Preparing for the next updates

After an intensive two months of work, we waited for our prize.

Before giving the graphics and quick fact charts about our recovery, I should say that in addition to the process of improving technical and content structure , we also implemented off-page SEO projects for improving our brand position and E-A-T.

Our quick facts chart about 5 June Core Algorithm Update are below: As Google says, with the next Core Algorithm Update, things have mostly improved for the better with regard to past statistics.

Our Organic Traffic Graphic from Google Analytics. Date: Between 1 April and 30 September: 6 Months. You may notice the slowing down because of a server breakdown in August.

Until 1 August, everything was normal. We were increasing our keywords, gaining rankings and increasing CTR. On 1 August, our server suffered a failure. Our traffic was already high at that moment. Our server couldn’t handle the traffic and collapsed for 5 hours. In 5 hours, we lost all important keywords. Overall CTR and Average Position dropped. More than 50 main keywords were lost for the firm’s website. A total of 3 000 keywords were lost.

After two and a half years, the firm lost its and the finance sector’s biggest and most important keyword for first time. (Keyword is “Kredi Hesaplama” meaning “Credit Calculation”)

To regain the rankings, keywords and CTR, we had to begin again.

Our Action Plan For Server and Ranking Healing after 1 August

After a big frustration, I checked the news for the finance sector in Turkey. A small section from the Google English Webmaster Hangout with Martin Split, John Mueller and Bartosz Goralewicz. Crawl Cost and Crawl Efficiency are important ranking factors. If Google crawl your website easily, fast and efficient, you will gain rankings. John Mueller here says “It is cheaper” for their rendering protocol.

With this signal, the whole site started to see a rise in its rankings again but it was not the same as after the 5 June Core Algorithm Update. Some of the main keywords were not recovered.

April 2019 and August 2019 organic session comparison, you can see the deadly effect of the server failure.

After implementing useful off-page and on-page strategies along with technical SEO elements, we catch up the 24 September Google Core Algorithm Update. And our rankings, overall site CTR, Average Position and click increase were at best situation along with keyword gaining and crawl rate.

Image is from Mordy Oberstein’s article about the 24 September Google Core Algorithm Update. As you can see, the biggest impact was for the finance sector.

Before giving the stats, I need to clarify that our content structure change efforts had their biggest effects after this Core Algorithm Update. Using less marketing language, less CTA and giving more information without manipulating the user should be the main mission of YMYL Websites.

After the update, when my team added some more advertorial and marketing content, we saw rank drops in big queries.

This fact has been stated for the first time by Mordy Oberstein, who examined international banking and loan websites such as Lendio, Kabbage and Fundera. All of these sites are extremely smaller websites than Hangikredi in terms of traffic.

This is a visibility graphic between our firm’s web site and our competitors. After the attack that lets do our server failure, we protected the leadership of market but visibility maintained the same trends as after the 5 June Core Algorithm Update. You may see the sharp effect of 24 September Core Algorithm Update for us and our competitors. This graphic shows results according to 12M search volume. (Not included: branded keywords such as bank names The graphic is from between 21 August and 25 October. Source: SEMrush

According to this statement, using non-formal marketing language can harm your rankings. Also, using lots of CTAs and brand names in the content with non-informative commercial paragraphs may further sharpen your losses.

You can see our report for the 24 September Google Core Algorithm Update below: Next steps: applying lessons and looking towards future updates

In October, we have protected our rankings very well. We still have the majority of financial keywords our website started out with.

Also you may find some of our traffic and ranking graphics below which show the comparison between April-May-June and July-August-September. Despite these promising indicators, at the same time, I was watching Core Algorithm Fixes and Baby Algorithms for the next and last core algorithm update of 2019.

If we ask these two questions again:

I am sure that content structure and formal language will be involved. Furthermore, the next Google Core Algorithm Update will probably be between 15-25 December, but this is just a guess of mine.

(P.S: I have written these sentences more than 1.5 months ago. And after 28 November, the day of Thanksgiving, there was a big volatility in the SERP like today. I may be off by about 15 days with regard to my Google Core Algorithm Update prediction. Even so, there is not a “certain date, certain range rate, mutual signals and indicators for Core Algorithm Update from every SERP Sensors and Google’s official channels”, as has generally happened until today. Usually, if it is a Core Algorithm Update, crawl budget, crawl frequency, and web site total keyword counts change along with other major components. We haven’t see this sort of thing for major sectors or for big firms yet.

(Nonetheless, if you manage an SEO Project for winning every core algorithm update, you need to follow these news and arguments for managing your timeline.)

Google will likely attract attention to the crawl budget and content quality but also to the firm’s trustworthiness as major factors along with “entities”. What’s more, in 2020, we will probably talk about links more, which may be one reason why Google has changed its attitude regarding the nofollow meta tag.

If you want to look more closely, you can find the April-September 2019 Comparison from our GSC Screenshots with some innocent censorship below:

Finance and Health Niches are the hardest sectors for SEO. They have strict rules and time management is more valuable compared to other sectors. Every minor detail or error on a website can be used as a reason for negative rank changes, particularly during Google Core Algorithm Updates.

If a Core Algorithm Update affects your web site negatively, auditing the differences between losers and winners is solution. Every difference between you and your competitors is the reason for ranking difference.

A scientific and holistic approach to SEO projects and implementing technical SEO solutions will be a winning formula for every Google Core Algorithm Update. 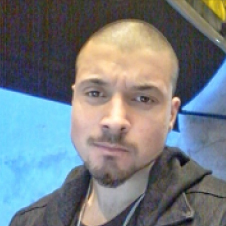 Koray Tuğberk GÜBÜR See all their articles Become an OnCrawl author
Koray Tuğberk GÜBÜR is a Holistic SEO Expert. He examines the Google Algorithm Changes by watching every inch of SERP. His main expertise is E-A-T Building and Technical SEO along with digital marketing management.
Related subjects:
Article / Infographics 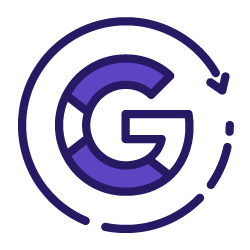