How to adapt your SEO to Google Rankbrain?

The SEO community has heard a lot about Rankbrain during the last months, even if Google has formalized this algorithm in 2015. But what Rankbrain really changes in practice for your SEO strategy and how to apply it? Here are some advices.

What is Rankbrain: reminders

Rankbrain is an AI algorithm that complements the major ranking algorithms of Google. As Oncrawl had explained it in a first attempt to define Rankbrain, you shouldn’t consider it as a filter, or a penalty but more as new adjustment or factor from the search engine.
Thus, Rankbrain works with AI and helps Google’s SERPs to understand what you are looking for – if it doesn’t recognize your query, which happens frequently – or if the page matches the request. Rankbrain is able to learn and evolve without human intervention, a priori.
To sum up, Rankbrain allows Google to become pragmatic and thus, smarter.

Since day one, Rankbrain has a lot of importance for Google: there must be a reason. We often read (even though the information is not recent) that it is the 3rd ranking factor for Google, in order of importance, after content and external links.
Before 2015, Google detected that approximately 15 % of typing (or dictated) researches by users had never been typed before. They were not known by the search engine and thus Google didn’t know how to treat them with accuracy. Yet, 15 % correspond to 500 millions of requests per day! In 2007, this rate was of 20-25 %.
How did Google treat these unknown queries? In some cases, Google used the “Knowledge Graph” to identify the named entities of the request: location, companies, events, etc… But it was still not enough. Google needed an intelligence to guess the meaning of the words.
This is when Rankbrain had been developed: the new brain of the Mountain View search engine.
Its particularity: adapt and understand its mistakes. Indeed, the artificial intelligence used in Rankbrain allows it to evolve. You type a query, Google gives you search results pages. Until there, everything is normal. But Rankbrain takes several new parameters into account, against classic SEO factors (on-page and off-page criteria): What does it change in practice?

Understand the algorithm to adapt yourselves

The two exposed parameters involve two direct consequences for your SEO strategies.
On one hand, it is not relevant anymore to target the repetition of a keyword in a page to be perceived as relevant for the subject. On the contrary. Keyword stuffingcan be prejudiced and it doesn’t help to understand the subject of the page.
Your page will be perceived as relevant for a query if:

In other words, if your page involuntary stand out for a query which doesn’t match its subject, the disappointment of the user will allows Rankbrain to learn that the page doesn’t belong in the results of this particular query – for a given user, or for everyone. At one time, you just had to do an optimized page for the term “dailymotion” which was disposed in the URL, the title tag, the H1 and 20 times into the content to put your page in the first pages of Google (I even knew a “directories” type website which was ranked 2nd in yahoo.com). But as the user which is looking for this term is actually looking for a specific website, or at least for videos, and not for a directory or a dumb optimized page, the page was misleading the user, or rather, the search engine.

The more important advice to deal with Rankbrain is to think your content considering what you are talking about – as Wikipedia does – and using a vocabulary connected to the theme, the concept. Of course, you can’t aim several keywords completely different from each other for a same page. For example, a page can’t speak about “Netflix shows” and “videos games” at the same time. Or it has to speak about available shows in VOD overall, and speak about Netflix and Amazon, which are both named entities related to the subject.
Indeed, named entities are a good way to give indices to Rankbrain to understand the subject you are talking about. We can’t write, for example, an article about Harry Potter without including J.K Rowling, Dumbledore, Hermione, Hogwarts, etc.
The named entities help Rankbrain to delete any ambiguity on the page subject: when you talk about jaguars, do you talk about the ones of the zoo of La Flèche, or those who are playing football in Jacksonville or again about a sedan?
There are several tools to look for named entities in a text or a subject: there is the IBM tool, Watson.

Another way to enrich your content is to look for terms semantically close, for the search engines, to your subject: this is what we called the LSI for “Latent Semantic Indexing”: a method used to determine the relation between terms and concepts in the content. This is what allows to get a type of “footprint” around a term which frequently defines it and let Google correctly answers to questions such as “Which one is the red planet” or “What is the name of the dead bald actor” (You were thinking about Yul Brynner but you had a blackout).
During the last years, many SEO tools have appeared to realized automate semantic analysis, proof that the subject is trendy in the web: textfocus.net, cocon.se to mention just a few.
Example: me, as a fan of board games, I have to write an article which explains the rules of the game ‘Red Flame”. If I look for “Red Flame”, I will find interesting terms but not enough oriented towards the board game: tour, arrival, cyclists, first, etc…

Otherwise, a query about “Red flame board game” gives me some ideas of more oriented content about what I want to talk about: cards, players, tactics, boxes, rules, aspiration (one of the points of the game rules), etc…

Analysis for “Red Flame board game”

And finally, you have to think about improving the satisfaction of the user by all means: pagespeed, content quality, get a short introduction which is attractive for the reader, etc… This point is an article subject all by itself! Christophe Hilmoine See all their articles Become an OnCrawl author
Thanks to his diverse experiences in the web, within startup or large scale IT organizations (Orange, IBM), Christophe provides his services as independent consultant for 5 years now with Beweb.fr. With a real passion for referencing, he offers his different services in the SEO industry: SEO or technical audits, search for multilingual keywords, advice in web-marketing strategy, market research, etc...
Related subjects:
Article / Technical SEO 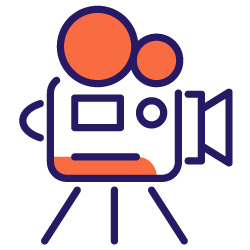 Rankbrain, AI, ML and the future of search

How to deal with Rankbrain and AI in SEO? 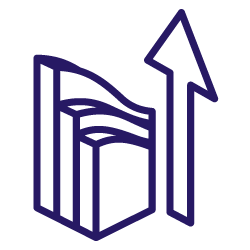 What is the RankBrain algorithm?