How to get ready for the Google Mobile-First Index?

December 19, 2017 - 5  min reading time - by Emma Labrador
Accueil > SEO Thoughts > How to get ready for the Google Mobile-First Index?

Are you ready for the Google mobile-first index? That is a fair question that has been shaking the SEO world lately. Google has been talking about this change for the last few months and it seems that the update has been rolled out sooner than expected. Facts are since May 2015, mobile searches are more important than the desktop ones on Google. In this context, having more relevant mobile results has become an key objective for the search engine.
Moreover, John Mueller from Google has lately stated that a few sites were already being tested on the mobile-first index and that the only way to verify if you were impacted was to check your log files. In this article, we are going to discuss the whole concept, how you can monitor this transition and how to be prepared.

What is the mobile-first index?

As the number of searchers on mobile continues to grow and further surpass the number of desktop users, Google has decided to take action. Google realized that it makes more sense to favorise this large base of mobile users and provide them with the best possible search results and user experience in terms of content.
Until now, the mobile rankings were based on the desktop version of sites. In November 2016, Google was giving details about the mobile-first index but without communicating about an official release date.

The mobile-first index represents a major shift regarding the way Google discovers, evaluates and prioritize content.

What does Google say about it?

On December 15th, John Mueller announced that Google had started testing some sites within its mobile-first index and showed how SEOs could identify if they have made the transition!

How to know if you are part of the mobile-first index?

As just a few sites has made the transition to the Google’s mobile-first index, there is not that much documentation yet regarding how to monitor it. A few days ago, John Mueller officially advices to take a look at your log files to notice the transition. He also explains that on an average a site gets about 80% of the crawl from Googlebot desktop and approximately 20% is expected from Googlebot smartphone. If your site has been moved to the mobile-first index, the previous trend should reverse.

At OnCrawl, we know since a long time that monitoring your log files is essential to have a complete and accurate overview of how your website behaves and how search engines are crawling it. Log files don’t have to be technical and scary. Using a comprehensive log files analyzer like OnCrawl offers the ability to get a clear and user-friendly picture of what has been made on your website by users and search engines bots. If you are facing a clear shift regarding the repartition between google desktop and google mobile, chances are you have been moved to the mobile-first index.

How to be prepared for the Mobile-First index?

Google has shared a couple of recommendations regarding this new way to index websites. If you don’t have a mobile version of your website, there is no reason to worry. The search engine will instead crawl your desktop version.

If you only have a desktop site, we’ll continue to index your desktop site just fine, even if we’re using a mobile user agent to view your site, Doantam Phan, Product Manager at Google

If you need to optimize content organization on the mobile version, Gary Illyes from Google has stated that expandable content like tabs, boxes or accordions could be a valuable solution for user experience and won’t be regarded as having less content on a page.

In fact, a responsive approach seems to be the easiest way to keep the same amount of content on a page-by-page basis between desktop and mobile.

Overall, Google has not yet confirmed the real impact of mobile-first index on rankings but chances are it will come along the mobile-friendly update that fosters optimized results on mobile.

How to optimize your website for the mobile-first index?

There are different points to focus on to get ready for the mobile-first index global release.

Verify if your mobile version uses dynamic serving or separate URLs from the desktop website. It can cause internal linking issues and user experience problems if it is harder for readers to find content when they are reading the site on mobile than they would have if they were viewing it on a desktop. For sites using separate mobile URLs, keep the existing link rel=canonical and link rel=alternate elements between these versions.

Page speed is an important ranking factor that have even more importance on mobile. In most cases, mobile and desktop versions don’t have the same performances regarding loading times. The point is not to have two exactly identical numbers but to have good performance on both version.

Be sure to optimize your crawl budget for mobile crawling. Log files can be used to manage issues potentially hurting your crawl budget such as orphan pages, 4xx errors, crawl errors or abnormal crawl activities.

Google has shared a handy post about the on-site optimizations that can be made. And you, have you seen any changes recently?

Emma Labrador See all their articles Become an Oncrawl author
Emma was the Head of Communication & Marketing at Oncrawl for over seven years. She contributed articles about SEO and search engine updates.
Related subjects:
Article / Infographics 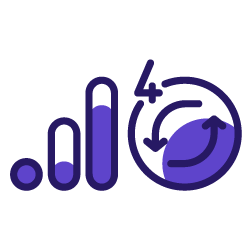 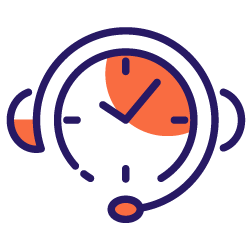 Google for Jobs and SEO: optimize your job offers